DUCKS AND GEESE HUNTING IN POLAND

Bird hunting in Poland is equally attractive as big game. The start of the duck season (15/08) is the best time to hunt. Later in the season ducks tend to fly higher and the effectiveness of the hunt might decrease.

September is the beginning of the geese season, and prime time falls into October when all of the geese came back to Poland. On a good weather day you can shoot up to 15-20 birds. We use different methods of hunting mainly in backwaters or the in the fields using decoys. In Poland in November we have “Goose for fall”, this means that at many polish homes goose will be served in an old traditional recipe. 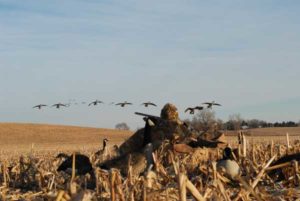 In Poland from October to the end of February is a great time to hunt for pheasants. In the natural conditions they occur in smaller groups. In the majority of hunting clubs, pheasants are released in order to grow their population. In the recent years high pressure on small predators (fox, marten, raccoon) caused the population of pheasants, partridges and wild pigeons to increase significantly. We hunt birds as well as wild pheasants by stalking mainly with dogs, while in the driven hunts organised on the territory of the State Forests stalking takes place from the stands. In  this areas we organise hunting in packages of released birds.

Bird hunting in Poland is a great opportunity to combine big and small game hunt.

In addition to the above-mentioned species, we have also other bird hunting such as hazel grouse, baldicoot and woodcock.

We are dealing directly  with every Hunting Club and State Forest (goverement zone) directly and each of them has different prices. The price will depend on number of hunters and number of animals included in the package. If you would like to know our pricelist please fill out the form and we will provide you with a complete offer. Thank you!

A range of accomodation, from standard hotels,  through hunting lodges to 5 star hotels gives you an opportunity to choose one that fits your requirements. We know that hunting is the most important part of your stay however it is your holiday and spending time in a quality place is also important. 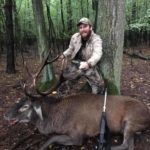 What a hunt! I never seen so many animals in my life. Guides are very welcome and friendly even if they dont speak very well in english they know what to do. Michal makes perfect job. I will come back! 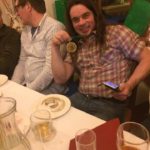 Great folks and great hunting. It has been a tough year for red deer but they worked hard to make sure we had some shooting. Looking forward to hunting with them again. 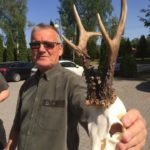 Another extremely satisfied repeat customer. Everything. The people, the accomodations, the hunting - everything was top notch.

I get 2 wonderful stag. Organisation, accommodation and friendly atmosphere is that what I was looking for searching offer for stag hunting in Poland

Everthing was working perfect doring our stay. Hunting, Hotel, food etc. The club was well prepared for our coming. Good information before the hunt start. 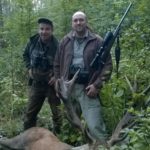 Exceptional communication from outfitter. High density of game. Hunted Red Stag, Roe and Fallow Deer, Mouflon and Wild Boar on two separate trips. Michal went out of his way to make my hunts a success from booking to trophy shipping. Will definitely hunt with again!!

SEND ME AN OFFER

Please fill up our form and we will send you complete offer shortly. If you have any questions connected with hunting please check our FAQ or use form.